The CHX is a Target for Cryptocurrency Exchanges

On February 15th, the SEC blocked the sale of the Chicago Stock Exchange (CHX) to a China-based consortium, due to concerns over the proposed ownership structure. This is the latest blow to the storied exchange, which was founded in 1882 but has struggled to stay relevant in a space dominated by ICE, Nasdaq and the Chicago Board Options Exchange (CBOE). Back in October, the SEC also put a halt on their plans to implement a speed bump that the CHX hoped would attract new business and boost their market share from a paltry 0.5%.

With both initiatives scuppered, many are wondering what’s next for the exchange and whether it can continue to survive. At first glance, the prospects look bleak: There is no clear strategy to grow market share, and the incumbent domestic exchange operators are unlikely acquirers, as they already have multiple U.S. equity exchange licenses. 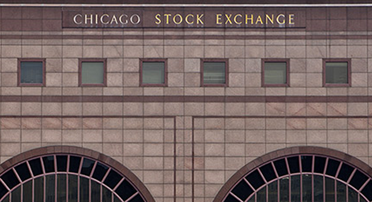 But another angle or alternate type of listing could revitalize the exchange and leapfrog it ahead of the competition—the CHX should pivot toward being a cryptocurrency exchange.

By this I don’t (just) mean bitcoin, ether and other cryptocurrencies, but rather the nascent market for “securities tokens” or “crypto-securities.” These are assets issued on a blockchain that are fully compliant with U.S. securities regulations. These differ from the vast majority of ICOs, which purport to be “utility tokens,” whereby the holder of the utility token can use it on the blockchain network—for example, to purchase file storage on a decentralized cloud network.

In a recent op-ed, SEC Commissioner Jay Clayton and CFTC Chairman J. Christopher Giancarlo expressed concern that many companies launching initial coin offerings (ICOs) were actually selling securities and bypassing federal regulations designed to protect investors. Commissioner Clayton has gone on to say that every ICO he has seen is, in fact, a security and that “platforms that effect or facilitate transactions in these products…may be operating unregistered exchanges or broker-dealers that are in violation of the Securities Exchange Act of 1934.”

This toughening regulatory stance suggests we are entering a new stage in the evolution of crypto markets. Future token issuances will need to be compliant with securities regulations, some existing tokens may be restructured for regulatory compliance, and marketplaces for these tokens may need to become compliant under the Exchange Act of ’34. Thus the exchange license that the CHX owns is now a potentially valuable asset for a crypto exchange.

There is already an example of a company that is building a crypto-security trading system compliant with the federal securities regulations. tZero (t0), a subsidiary of Overstock.com, owns and operates an ATS (which is governed by Reg ATS of the Exchange Act of ’34), and is currently conducting their own ICO in which the tokens will be “Reg D” securities issued only to accredited investors. These tokens will likely be the first to trade on its platform.

If a Chicago crypto exchange does come about, it would probably occur through an acquisition. tZERO is one potential acquirer. Although they already operate an ATS, an exchange license is an additional level of regulatory compliance and can offer added benefits as a listing venue. tZERO is raising $250 million in their ICO, so they could certainly afford the reported $20 million that was the price agreed to in the failed Chinese transaction.

Other Suitors for CHX

Other potential acquirers could include Circle, which this week agreed to buy Poloniex, a crypto-exchange, for $400 million. Circle/Poloniex buying the CHX would make a lot of sense: Circle is well capitalized and has embraced regulation, first by gaining a rare New York State Department of Financial Services (NY DFS) BitLicense, and by further seeking a federal banking charter. Poloniex has focused more on the digital-token space, which can be thought of as pre-cursors to crypto securities.

Coinbase, whose investors include ICE’s NYSE, is another potential acquirer. They have shown little interest in the token space, however, preferring to focus on cryptocurrencies like Bitcoin, Ether, and Litecoin. Kraken and Bittrex are other U.S.-based exchanges that trade digital tokens and could potentially benefit from a tie-up with the federally regulated CHX.

Nevertheless, there are significant obstacles to a crypto-CHX merger. Crypto exchanges may not want to make a move before there is more certainty around the future regulatory structure, and the tokens that they currently trade may have to be delisted if they deemed securities and not utility tokens. But the regulatory landscape for cryptocurrencies and tokens is evolving rapidly, and increased regulation in the space is only a matter of when not if. Even if a Chicago crypto exchange doesn’t happen now, an Exchange-Act-regulated crypto exchange will soon have a place in U.S. markets.