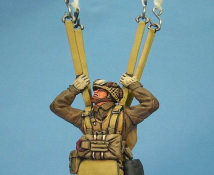 I can’t say I was ever really a fan of Joan Armatrading, but her 1983 hit “Drop the Pilot” comes to mind following the Equity Market Structure Advisory Committee’s (EMSAC) recommendation for an Access Fee Pilot Program.

Maker-taker pricing refers to the practice whereby exchanges charge customers an ‘access fee’ for removing liquidity and pay a rebate to customers who provide liquidity. Maker taker pricing was first developed in the late 1990’s and championed by ECNs (whose quotes were not protected then) as a way to attract liquidity to their order book. Exchanges followed suit and the practice became ubiquitous by 2005 when Regulation NMS set access fee caps at 30 cents per hundred shares - implicitly constraining rebates also which would necessarily be less than that for exchange trading to be profitable.

The maker-taker system has been criticized for years for distorting the market by incentivizing broker routing strategies to preference rebates over best execution, giving rise to market making strategies that focus on capturing rebates over liquidity provision, and for driving certain types of trading into dark pools. So while I am glad that the topic is being seriously debated within the SEC, the way the proposed pilot is being constructed, it is likely to be a costly experiment that will do little to drive meaningful, positive reform of equities market structure.   More specifically:

Now I realize that the proposed pilot was constructed to focus on access fees, because that is the mechanism available under Reg NMS; and I realize that the exchanges were invited to provide feedback to the sub-committee (but not be a member); and I realize that trade-at was left out because there is a trade-at component to the tick size pilot. However, implementing a pilot that will narrowly look at just one part of our controversial market structure will not result in any meaningful improvement.

To me, meaningful market structure reform means we need to look at all the inter-connected issues that are affecting equity market structure and address them together – a holistic approach some might say. We need to recognize that US equity markets contain many diverse participants with different needs and often opposing incentives. Everything needs to be on the table: maker-taker, trade-at, co-location, SIP feeds, market data, etc. To do that will require the SEC to answer some fundamental questions around the value of displayed liquidity and price discovery, how to regulate speed and how to ensure a level playing field with respect to market data. That level of change will take bold, decisive policy unlikely to come out of cross-sectional industry committees.