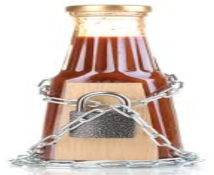 The penetration of electronic trading across the financial markets is remarkably inconsistent.  While equities and foreign exchange are largely traded over platforms, the same cannot be said for much of the fixed income market.  Over-the-counter derivatives markets are also still largely voice traded, despite the pervasive influence of the Dodd-Frank Act.

There are good reasons for this.  While the internet bubble of the late-1990s and early-2000s spawned a gaggle of electronic venues, especially in fixed income, many of these platforms were from the “build it and they will come” school of thinking. Some of those are no longer in business, but there are a number that survived, albeit almost without exception those that were able to partner with the major liquidity providers, the dealers.

At the turn of the millennium, only about 5% of humans had internet access; now it’s nearly half of the world’s population.  As a result, it appears that the demographic influence of the internet on e-trading is largely played out, insufficient by itself to drive widespread and rapid adoption by the investment community across all asset classes.

What is really needed to enact change is enough liquidity to commoditize the trading of a marketplace.  And in turn that requires product standardization.  The evidence for this is clear in the equity and FX markets.  In less standardized marketplaces, such as corporate bonds, the demand for electronic trading has developed at a much slower pace over the past 15 years.

While standardization of product is a pre-requisite to successful e-markets, it is not sufficient in and of itself, which is why OTC derivatives remained a hold-out for so many years.

Product standardization needs to be paired with regulatory fiat.  Regulation has the power to drive standardization.  In turn, this standardization increases transparency, which it is argued, creates more efficient markets.  We’ll address that argument another day, but few will disagree that price transparency is an essential component of most successful electronic markets.

With the increasing role of regulation in all marketplaces, growing product standardization is inevitable.

But the greatest momentum for electronification may yet come from an unexpected shift in the way markets trade or through increased innovation.  With that comes a culture change…and that’s not something that exchanges or regulators are well known for.  Keep watching. The next few years will get really interesting.

Daniel J. Connell oversees the Firm's Market Structure and Technology practice. Prior to joining Greenwich Associates he was the CEO at Correlix, Inc., a leading provider of real-time performance optimization technology. Formerly, Dan was the... view more