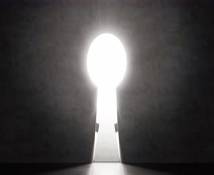 TRACE "Unlocks" the Treasury Market for the Official Sector. Everyone Else Gets a Peek Through the Keyhole

On Friday the Federal Reserve posted a blog in which it gave the public a fresh glimpse into what the official sector is seeing in the “TRACE for Treasuries” data. In other markets, like equities, market data is so important that there is in fact a market for market data, or that the term “market data” itself is being broadened to include all kinds of “alternative data.” So it may seem odd that a government body could cause a stir with a blog post about market data - but the U.S. Treasury market isn’t just any market. The Fed takes a pretty high-level approach and there isn’t really too much that will not be familiar to market participants familiar with the market structure, certainly not to customers of Greenwich Associates. They do put more precise numbers to what is generally known however: the market is bi-furcated between an inter-dealer market and a dealer to customer market. The Fed does add a new wrinkle by further sub-dividing the inter-dealer market into two segments: one intermediated by inter-dealer brokers and one in which they trade directly with one another. This is odd, considering that direct inter-dealer trading is an extremely small segment of the market.

It might be because this is something the Fed can measure with certainty. Only FINRA members are required to report their trades to TRACE which means that most of the buy side and the PTFs don’t report. So the Fed has to reconstruct those aspects of the market through estimates derived from how the dealers report.

The Persistence of Voice

There are some interesting things in the report. First is that they estimate that HFT firms are now 62% of the volume in the electronic IDB markets. This is not a surprise. What is a surprise is that they also estimate that only 70% of the IDB market is electronic, meaning that 30% is voice/IM. Considering that this market is $269 billion a day, that $80 billion in voice brokered U.S. Treasury securities between dealers, or just over twice what the dealers trade directly with each other. Is it possible that in the rush to think about the effects on the market of PTFs in the IDB platforms, market structure observers have overlooked the fact that to a large extent the voice brokers have remained relevant?

It may well be. The level of voice trading in the inter-dealer market in Treasuries is just about what it is in FX. Perhaps the market structures are similar, with mid-to small size trades going through the platforms, but with the very large trades negotiated via voice. On the other hand, there may be a more prosaic reason for it, while on the run Treasuries are extremely liquid, off the runs are not. Off the runs are more like corporate bonds in that they are generally worked on an agency basis and it can take more time to find counterparties meaning voice trading may have an advantage. This is the market that OpenDoor trading has been looking to crack. Another thing notable is the recognition that direct streams from PTFs to their clients are now a significant aspect of the market structure. Indeed, aggregated direct streams either from PTFs to the sell side, from the sell side to the buy side, and perhaps even from the PTFs direct to the buy side may be an increasingly popular market structure similar to the disclosed streaming prices via multi-dealer platforms that have arisen in the foreign exchange market. Liquidity Edge has been a pioneer in this “many to many” type market structure and it may get an additional boost from the efforts of FICC to promote central clearing among both the buy side and the PTF community.

Who Watches the Watchers?

And then there is the elephant in the room: why is it that only the “official sector” has access to this information? This question has been in the air since before the TRACE decision was made, and came out in the U.S. Treasury market structure RFI issued in 2016. Generally, the argument broke down between the dealers and the PTFs. The dealers argued in their RFI responses that public dissemination would lead to information leakage which would be ultimately damaging to market integrity. The PTFs argued the opposite, pointing to former SEC Commissioner Piwowar’s paper on the effects of TRACE on the corporate bond market. Initially it seemed as though public dissemination of market data would win the day, but many of its advocates left government in the wake of the 2016 election, and in the end TRACE remained the preserve of the official sector. Interestingly in corporate bonds, the FIMSAC has recently decided to launch a pilot to expand transparency into corporate bond trading, which is publicly disclosed and MUCH more illiquid than U.S. Treasuries.

You can Only Enforce What you can Observe

Whatever side you take in the transparency/information leakage question you’re on, there’s another aspect to this that I think is interesting. At the very bottom of the issues within the Treasury market is the fact that when the securities regulatory regime in the U.S. was created in the ’33 and ’34 Acts, Congress exempted Treasury securities from them. There wasn’t even a rule making authority for Treasuries until the Government Securities Act of 1986 empowered the Treasury department to govern it. As a result, many of the kinds of market practice standards that are the norm in other markets don’t exist in U.S. Treasuries.

Just have a look at the FINRA Rulebook. U.S. Treasures are “exempt securities” but there is a rule in the rulebook which described the rules which DO apply to them: Rule 0150. Of the thousands of FINRA rules, only 46 apply to U.S. Treasuries. This is an increase from 39 at the time of the U.S. Treasury RFI when it was pointed out in comment letters that the market was exempt from many rules governing market practice standards, for example Treasury market participants are not required for adhere to Rule 5320, the prohibition on front running customer orders: that’s right folks, front running is technically legal in Treasuries.

But even the rules which must be followed by FINRA members are impossible to enforce in the absence of a record of trades effected in the market. Take for example, Rule 5310 which governs best execution and prohibits inter-positioning. Of course, in the absence of data on market transactions, inter-positioning is undetectable. In the corporate bond market, TRACE data has been invaluable for the buy side to police the market conduct of their dealers. For example, if a dealer tells a client that they put the trade up on a principal basis, and the customer notices a number of other trades around the same time, he might surmise that this was actually done on an agency basis, and can take the dealer to task for leaking information into the market about the trade. So the Fed is to be applauded for giving the public a window into the TRACE data, but there is much more to be done in this regard.