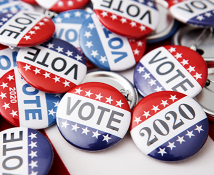 In the buildup to the U.S. presidential election, Coalition Greenwich canvassed global FX market participants to see how they expect the election to impact FX markets. We asked how each potential election outcome would affect the value of specific currency groups versus the U.S. dollar, and whether they intended to hedge against these outcomes.

We expected an array of predictions, but instead, global market participants at both corporations and financial institutions congregated around specific opinions. Here are the results:

As you can see, across the board and most notably with G10 Currencies, FX traders expect a Biden win to strengthen global currencies versus the U.S. dollar. Conversely, a Trump reelection is predicted to strengthen the USD.

When considering these opinions, several influencing factors stand out. First, if elected, Biden will push for another large stimulus package, which would flood the market with USD, thus devaluing it against other currencies. A U.S. stock market decline is also expected if Biden is elected, which would decrease the demand of USD for global FX market participants, causing a devaluation.

Given these strong predictions, we then asked market participants whether they have hedged or plan to hedge according to these election outcomes. Surprisingly, approximately 80% say they have not or do not plan to hedge. With the uncertainty of the election outcome (given the 2016 polls did not predict a Trump win), participants likely believe hedging would be too difficult or too expensive. Instead, they plan to wait and see how the market reacts.

Finally, with the possibility of a delayed or contested election result, we asked how the FX market would react. While opinions were more mixed on the value of the USD, a majority of respondents do expect increased volatility and turbulence in the market. This will depend on the initial count and likely election outcome, however.

Historically, in uncertain and volatile markets, investors flock to safe-haven currencies (USD, CHF, JPY). This seems to be the case again, with expected strengthening of the USD if there is a delay in the election result. Conversely, EM currencies could expect to see a devaluation.

In what many believe will be the most important election in U.S. history, the result is anticipated to have wide-reaching consequences in the financial markets and add another eventful chapter to the year 2020.

Will Llamas is responsible for supporting the Firm's relationship management and marketing initiatives with key decision-makers at priority buy-side institutions. Will graduated from Elon University with a BSBA in Marketing with a minor in... view more