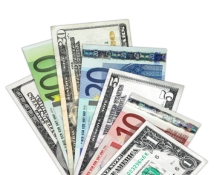 FX Markets are Ready for a Shake-up

The biggest finding in our latest report (available to market structure and technology customers) on FX electronic trading was nothing. Our 1500+ interviews with global FX users showed continued growth in electronic trading (74% of users trade FX on the screen), growth in execution algorithm usage (expecting 65% growth in 2014) and high hedge fund use of the two. But those data points were largely as expected.

What really struck me was the lack of of change over time in the competitive landscapes for FX single-dealer portals and multi-dealer portals. While market penetration of the dealer-to-client platforms did gyrate slightly over the past five years, the proportion of the market addressed by the top 5 looks the same today as it did in 2009. If the last five years had been “normal”, than that wouldn’t be surprising. Big given the massive changes in market structure, market participant behavior, regulation and technology since the crisis, no change makes me think. Are clients simply happy with the platforms in front of them today? Is the landscape ripe for change?

As we described in detail in our earlier report “The Futurization of FX“, FX markets are anything but exempt from regulatory change. But the major changes are yet to come – Basel III, NDF clearing mandates, uncleared margin – which could explain the lack of change in e-trading platform usage to date. I also suspect the focus on interest rate and credit derivative market regulations have distracted many major market participants, forcing them to put FX changes to the side as they race to meet deadlines.

Our data shows that Footnote 88 did in fact force behavior changes, with trading moving from MDPs to SDPs for the first time in five years or more. If that is any indication of the impact of regulations on behavior, FX’s time in the spotlight seems to be coming. NDF clearing mandates, as an example, could be in place by year’s end. The regulations mentioned above coupled with probes into FX fixings tell us 2014 will be a big year in FX market structure.