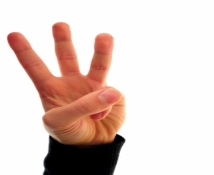 The SEF RFQ Minimum is Moving to 3. Does it matter? Nope.

On October 2 market participants requesting price quotes for an order via a SEF will have to ask a minimum of three dealers to respond rather than the current minimum of two (although in neither case are those dealers required to respond to the request). For those of you that followed the SEF rule writing process from the beginning, you'll remember that the inclusion of RFQ as an acceptable trading protocol and the minimum number of liquidity providers that must see each quote were hotly debated topics right until the bitter end. Former Chairman Gensler wanted a minimum of five, the SEC proposed one for security-based SEFs and Javelin SEF among others asked for three.  In fact it was this debate between Commissioner Wetjen and Chairman Gensler that delayed the finalization of the SEF rules until their final passage in May 2013.

Those asking for a low minimum expressed concern over the information leakage that would be caused by sending the order to too many market participants, and those asking for a higher number hoped it would increase competition in the swaps execution space beyond the bulge bracket dealers. Ultimately a compromise was reached (you mean they do that in Washington??), with the final rule requiring a minimum of two at first, moving to three a year later.  This is where we find ourselves today.

So does this change matter? Will the market come to a halt as the buy side's orders are overexposed? Will alternative liquidity providers get their shot? Both of those things may happen eventually, but not now and not because of the RFQ minimum bump.  The reason - the minimum of two was set for political reasons and did not reflect current market best practices that already had institutional investors requesting three quotes.  In short, the change won't actually cause a change at all.

Our latest North American fixed income data, based on just shy of 1100 buy side conversations, tells us that the market is ahead of the regulations this time around. The average number of dealers included in an RFQ for an interest rate swap is 2.9, and given that you can't RFQ only 90% of a dealer, it is fair to round up and say the current average 3.   Asset managers average slightly less at 2.6 then hedge funds who average exactly 3. This demonstrates some reluctance amongst asset managers to broadcast larger orders to more than two counterparties.  But given the largest orders can still be traded off SEF under the block trade exemption, the ultimately impact of the move to three will still be minimal.

The implementation of Title VII has been a long line of non-events. That is, of course, in large part due to the countless hours and millions of dollars spent by market participants to prepare, but "the world is going to come to an end if we make this change" concern continues not to be true.