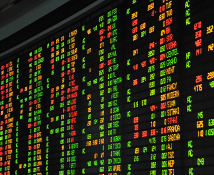 October 2, 2016 By: Richard Johnson
Categories: Equities, Market Structure
Free Tags: equities, market structure, regulation, SEC, trading
Share
US equity markets will today flip the switch on a pilot program that will change the way some 1,200 small cap stocks are traded. Unfortunately, the Tick Size Pilot Program as it is known will likely end up as a costly failure, increasing complexity and distracting from the real issues in market structure.
In US equity markets all stocks are quoted with a one cent tick – this represents the minimum price difference that orders can be quoted in.

Beginning today and running for two years, certain small cap stocks will have their tick size increased to five cents. To understand why the market is making this change it is important to understand the genesis of this initiative.
In April 2012, the JOBS Act was signed into law. Section 106(b) required the SEC to conduct a study and report to congress on “how decimalization [the 2000 rule change that reduced the minimum tick size from 1/16 of a dollar to 1 cent] affected the number of initial public offerings (IPOs) and the liquidity and trading of smaller capitalization company securities.” The rationale being that wider tick sizes would increase the profit of market makers, which would in turn spur brokerage houses to produce more research on these companies which would in turn attract more investor interest, making it easier for smaller private companies to raise money in public markets. This torturous logic alone should have been enough to disqualify the idea, but the SEC diligently produced their report, an extensive review of academic literature, in June 2012 and concluded that “the Commission should not proceed with the specific rulemaking to increase tick sizes, as provided for in … the JOBS Act”.
Despite this recommendation, in February 2014 the House of Representatives passed the Duffy-Carney Bill which sought to mandate the SEC to implement the pilot program. A few months later, SEC Commissioner Michael Piwowar said “Even if we don’t [launch the pilot program] congress is going to mandate that we do it.”  . Then in June 2014, the SEC announced their plan to launch a tick size pilot program  - although by now the focus had shifted towards seeking to improve the liquidity and trading of small cap securities and away from the original objective of capital formation and job creation.
Inevitably, when the details of the tick size pilot were released, it was a lot more complex than originally envisioned. There will in fact be three different tick size rule changes applied to different groups of stocks. The first test group will be quoted in 5 cent increments, but will continue to trade at their current price increment.
The second test group will be quoted and trade in five cent minimum increments, but would allow certain exemptions. The third test group will adhere to the requirements of the second test group, but will also be subject to a "trade-at" requirement. This refers to another important market structure topic and would prevent these stocks trading in venues at the bid or offer unless that venue was publicly quoting at that price.
To support these new rules, significant technology changes have had to be made across the industry. The word ‘pilot’ used in this context is really a misnomer – it implies it is a limited scope, low risk experiment, affecting a small part of the market. The reality is just the opposite.
Although many institutions are publicly supportive of the tick size pilot program, others are concerned that the complexity could make it harder to trade these securities and increase systemic risk.   Vanguard Group, the world’s 2nd largest asset manager with over $3 trillion in AUM, in a letter to the SEC  questioned the purported benefits of the tick size pilot program and stated that it did not pass “the most basic cost benefit analysis”.
To get a broader set of opinions from market participants, Greenwich Associates recently canvassed over 50 institutional traders working at leading asset management firms – the companies that manage our 401ks and pension plans. The results are striking. Only 4% believe it will increase capital formation opportunities for emerging growth companies – the original goal of the program. In addition, only 9% believe it will improve liquidity in these securities, and by a wide margin these traders thought it more likely that the pilot program will increase rather than decrease execution costs .
For a program with so many obvious flaws, and dubious benefits, it is surprising that it even made it off the drawing board, let alone into implementation. I am not saying our markets are perfect – far from it. There are many issues in US equity markets that cause consternation among investors – from fragmentation, to exchange pricing models, to the role of high speed traders. Yet, this costly 4+ year initiative requiring significant analysis, data collection and coding changes by all major brokers, exchanges, ATS operators and technology vendors has been a significant distraction that will do little to address the real issues in market structure.