Since the passage of Dodd-Frank in 2010, every time a Republican proposed a Dodd-Frank replacement in Congress, or a Republican regulator proposed a new, sensible rule, I barely paid attention.  I read the headlines, would sometimes read the highlights, but, by in large, ignored the details.

I don’t mean to minimize the work done in Washington.  Our lawmakers, regulators and their staff work long, sometimes thankless hours, in hopes of creating a more efficient system.

I also much prefer suggestions for an alternate way forward rather than the complaining and grandstanding which feel much more common these days.  Further, the functioning of the U.S. government requires debate between all sides, even if our process makes it easy to predict the outcome based on the number of elected legislators in each of only two parties (because only two opinions exist for these complex issues – but I digress).

A report issued this month by the U.S. Treasury outlines a laundry list of changes they’d like to see in the oversight of our capital markets.  It touches on everything from the JOBS Act to how central clearing impacts bank capital requirements.

For me, the majority of the suggestions feel balanced, reasonable and likely to improve the functioning of the market without adding undesired risk.  But based on my pessimistic attitude built up over the past seven years, I quickly go from excitement to disappointment, anticipating that these sensible suggestions will never make it through the labyrinth of Washington. 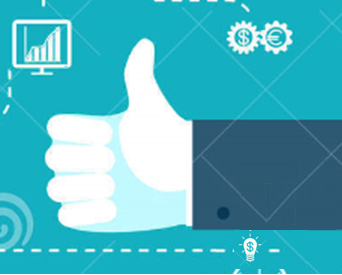 The more I speak with market participants and overseers in the know, however, the more I’m convinced it is actually different this time.  Congress can’t seem to get out of its own way when it comes to financial reform (or any reform for that matter), bogged down not by a lack of good ideas but by the process.  This time the regulatory bodies, however, are poised to enact some real change.  Not only do they have jurisdiction over much of what the U.S. Treasury is proposing, but they have the wherewithal and, more importantly, the votes to move these changes forward.

For instance, the CFTC could implement changes in uncleared margin rules, remove or set in stone no-action relief granted over the past several years, and limit the impact of swap dealer requirements on non-systematically important market participants.

The list is much longer than that.  And this is a good thing.  Even if Congress could find a way to agree on a few things, its place is to look at the issues from a macro level, whereas the regulators are responsible for, and equipped to examine the micro issues.

We shouldn’t expect a Senator to have deep knowledge of the math behind SA-CCR and CEM; they should be focusing on economic stability, healthcare and the safety of the United States.  The regulatory agencies have the staff with the knowledge to make informed decisions, and finally, those informed decisions can become the rules the market abides by.

So as the European’s finally enact their big bang of post-crisis regulations in 2018, the U.S. will be on a productive path towards solidifying its place as the financial capital of the world.