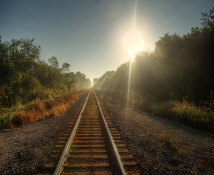 What's next for swaps, bonds and European regulatory reform?

Last week I did an interview with the guys at DerivAlert about where we've come and where we're going.  The result was a pretty concise overview of our thoughts on SEFs, US Treasury's, corporate bonds and European regulatory reform, so we thought it worth reposting here.  Enjoy!

DerivAlert: Given all of the events of the last five years -- derivatives reform, increased electronification of swap trading, Basel capital requirements, QE -- How do you see the trading in derivatives evolving over the next five years?

Kevin McPartland: It’s great that we’ve got a lot of the major rules in place.  It’s good that we’re finally here, but it’s still very much early days.  For clients that do not want to trade on SEFs, there are still plenty of ways to do that. Market participants need to feel incentivized to increase trading volume on SEFs, and the product sets that are required to trade electronically need to become larger in order to make the shift to SEFs real.

In terms of looking at who the winners and losers are in SEFs, the separation is starting to take shape, but it is still very early.  It’s also important to look at the client make-up of different SEFs, which are very different.  That has a big influence on volumes.

DA: What’s do you see coming down the pike for fixed income?

KM: The Treasury market is looking more and more like it is ripe for continued electronification.  It is standardized and highly liquid.  Nearly every financial firm is involved in Treasurys in some way shape or form.  This is in contrast to the corporate bond market.

In credit, the story hasn’t really changed much.  The structure of the market is such that there are so many issues that it’s hard for deep liquidity to grow in any one particular spot.  For example, you have one IBM stock, but you could have upwards of 50 IBM bonds to choose from.  That makes it tough to build deep liquidity in corporate bonds.

The real opportunity for electronic trading in credit is in bond selection.  The major platforms are all innovating in this space and we expect that to be a growth area over the next several months.  There’s still a long way to go, but a shift is starting to occur whereby investors are moving away from bond-specific thinking and toward a risk-based approach.  Instead of saying ‘I want this IBM bond,’ they are saying ‘I’m looking for this type of credit exposure, what are my options?’

DA: What are your expectations for European derivatives reform?

KM: U.S. reforms have been complicated because the CFTC and SEC are jointly writing rules on Dodd-Frank.  Europe has a dozen jurisdictions that need to write rules and get them accepted for all of their markets.  The first thing we’ve seen is trade reporting, and by all accounts it’s been really messy.

As it stands now, the reporting requirement for both sides of a transaction largely defeats the purpose of the rule.  In terms of the first clearing mandates, we’re expecting to see something maybe by the end of 2014/2015.

European reform is not a cut and paste of the U.S.  The legal framework about how clearing works is very different in Europe, and the clearing rules are very different.

DA: What impact do you see the May 1st guidance on packaged trades having on SEFs?

KM: We’re still waiting for lots of liquidity providers to come into the market.  It’s going to be a slow, organic process as some of the new products come online.

The CFTC’s guidance laid out a phased in approach for packaged transactions, starting with packages containing two or more MAT instruments and quickly expanding to include MAT swaps over US Treasuries.  While the marketplace is certainly ready to handle the electronic execution of these packages, the operational infrastructure needed to risk-check and process these trades will struggle to be prepared by the deadline.