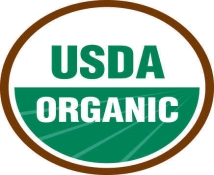 Market structure changes in the bond market appear to be happening organically.  Shocking I know.

Rewind back seven years to 2007.  Market structure research was primarily focused on technology innovation, evolving business models and a steady move of client trading from  the phone to the screen.  Examining regulatory changes was certainly part of the job (I remember writing about Reg NMS in 2005), but it was an input to the analysis and not the entire story. Then Lehman disappeared in 2008 and everything changed.

Hundreds of Wall Street folks had to go back to school (figuratively and literally) to learn in great detail how Washington works.  What's the difference between a Bill and an Act?  How do regulators take a law and move it through the proposal and final rule stage?  How often does Amtrak run between New York and DC?  The profit driven world of New York was slammed together with the power driven world of Washington whether either side wanted it to or not.

Since then, market structure research has been first and foremost focused on new regulations and impact those regulations have on everything and everyone. Clearinghouses, SEFs, the trade-at rule and the JOBS among many others have been at the center of not just regulatory focused research, but also research focused on financial technology, process improvement and bank spending.

Don't get me wrong, the last few years of change have been absolutely fascinating.  We're all living through a time of which many many books will be written and college business classes around the world will use as a case study.  What's been lost, however, is innovation and change due to natural market forces and the old fashioned desire to make more money. This brings me back to the bond market.

In my role at Greenwich Associates as the head of market structure and technology research, I'm lucky enough to have every major market around the world in my sights.  Fixed Income, FX, Equities, Commodities and all of their constituents are covered by the research we produce.  And while each market is fascinating in its own way, I've been taken by the bond market of late (Treasuries, Corporates and Mortgages to be specific) because it seems to be one of the few markets that is changing organically due to supply and demand rather than because regulators said it must be so.

Certainly there are regulatory undertones in fixed income.  Pre-trade price transparency, TRACE for Treasuries and everything Mary Jo White has said all have an impact.  More importantly, global capital rules including Basel III have and will continue to dramatically impact how the bond market operates.  But even the cost of capital issue is approaching business as usual status (despite the still ongoing roll-out of Basel III) with much of the bank deleveraging and inventory reduction complete. That leaves us with change driven by client demand, dealer reaction to that demand and good old fashion innovation in an attempt to get ahead.  Refreshing, isn't it?