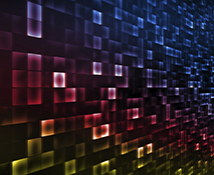 Moving the OMS Beyond Order Management

The role of the sell-side Order Management System (OMS) has moved beyond simply receiving and routing client orders. Today its functionality has grown to encompass all facets of the trade lifecycle, and it’s an essential part of any sell-side desk. With such an important role to play, the OMS can have a big impact on the efficiency of the trading desk.

At minimum, a sell-side OMS needs to support multiple asset classes to be considered a candidate for the entire brokerage firm. Compliance functionality and TCA are also considered must-haves. For certain proprietary analytics, the sell side will often rely on exporting data out of the OMS. For now this is acceptable, but vendors who can support flexible analytics and reporting within the OMS may have an advantage the next time buying season comes around.

During the months of January and February 2016, Greenwich Associates conducted in-depth interviews with 11 professionals globally at sell-side firms to understand how sell-side sales desks are utilizing technology in today’s market. Respondents were asked about the markets and asset classes they traded, the tools and analytics they use and their satisfaction with their OMS.

This paper also includes data based on in-person and telephone interviews with 258 buy-side traders across the globe regarding trading desk optimization conducted between August and September 2015. Respondents answered a series of qualitative and quantitative questions about trading desk budget allocations, trader staffing levels, OMS/EMS/TCA platform usage, and ATS satisfaction levels.