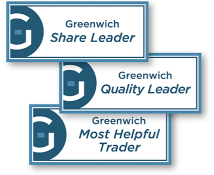 At the top of that list is J.P. Morgan, which ranks a clear first in market share. Citi is second, followed by Barclays, Goldman Sachs, and then the trio of HSBC, BNP Paribas and BofA Securities, which are statistically tied in fifth place.