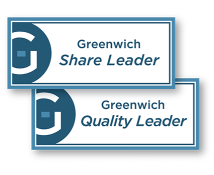 Amid Volatility, Large European Companies Will Likely Look for Help Close to Home

Despite the deep integration of European financial markets, European corporate FX remains a country-based business, at least to some extent. In Germany, for example, three banks—Commerzbank, Deutsche Bank and HSBC—tie for the lead in European Corporates FX Market Penetration and the title of 2020 Greenwich Share Leaders℠.

HSBC also ranks atop the list of 2020 Greenwich Share Leaders for United Kingdom corporates, but here is followed by a trio of other British banks—Barclays, which ranks second, and NatWest Markets and Lloyds, which tie for third place in terms of market penetration.

Italy has its own list of 2020 Greenwich Share Leaders—with Intesa Sanpaolo and UniCredit tied at the top, followed by BNP Paribas—as does the Netherlands, where ING Bank, Rabobank and ABN Amro rank first, second and third, respectively.

Greenwich Associates conducted interviews with 2,300 users of foreign exchange globally, of which 1,415 are top-tier accounts, at large corporations and financial institutions on market trends and their relationships with their dealers. To be considered top tier, a firm must be a central bank, a government agency, a hedge fund, a fund manager, an FT100 global firm, a firm with reported trading volume of more than $10 billion, or a firm with reported sales of more than $5 billion. Interviews were conducted in North America, Latin America, Europe, Asia, and Japan between September and December 2019.