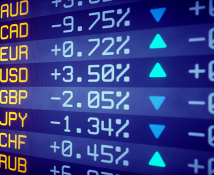 FX Options in the Age of Uncleared Margin Rules

The Uncleared Margin Rules (UMR), which started rolling through the industry two years ago, are set to cover all institutions with derivatives exposure of just $8 billion in less than 18 months. These rules and other recent market structure changes have the potential to vastly change the economics of trading foreign exchange (FX) options: both directly through bilateral trading and indirectly through changing the economics of FX Prime Brokerage (FXPB). In a somewhat surprising development, only 1 in 5 buy-side firms have said that they have begun to examine the impact that UMR would have on their trading costs.

To further shed light on the situation, Greenwich Associates examined FX trader behavior and the potential impact of shifting FX options to a listed environment. To do so, we examined the costs of trading FX options over-the-counter (OTC) and compared it to similar trades executed on a regulated exchange. The model used includes the average size of a typical FX options trade, spreads costs, and how trades are offset, among other variables. To validate key inputs into the model and gather feedback on current demand and pricing, we spoke with FX traders on the buy and sell side, covering 54 institutions.

The analysis demonstrates that the buy side has an alternative available that can potentially provide meaningful cost savings to trading FX options in the OTC market. In fact, under some circumstances, the cost to trade could be reduced by upward of 70% by trading listed FX options.

With exchanges such as CME evolving their product offerings to better align with client trading behavior and OTC convention, the friction to shift positions to a listed environment is quickly lessening. Given that one-quarter of buy-side firms in the study feel that the quality of FX options quotes that they are receiving bilaterally are deteriorating, along with the potentially significant impacts UMR will have on a large portion of the industry in 2020, we anticipate a meaningful increase in the number of traders who will turn to listed FX options as a viable alternative to some of their OTC activity.

During the second half of 2018, Greenwich Associates interviewed 54 FX traders at hedge funds, asset managers, banks, broker-dealers, and other types of financial institutions in the United States and Europe to gather their feedback on FX options trading behavior and current/expected demand for trading listed FX options. Study participants provided average bid-ask spreads for FX options trades, as well as other data points that impacted their cost to trade.

Which Banks Stand Out in Volatile FX Markets?
Amid Volatility, Large European Companies Will Likely Look for Help Close to Home
Canadian FX, a Tale of Technology and Talent