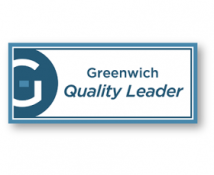 Good News for Managers in Asia, as Assets Spread Beyond the Largest Institutions

Asian institutional assets, which traditionally have been concentrated in the portfolios of a relative handful of behemoths, are spreading to a broader universe of institutions. That’s good news for global asset managers competing for business in Asia, who will be less reliant on relationships with a few powerful gatekeepers and who expect the flattening of the market to increase the pool of “outsourced” assets up for grabs.

The bulk of Asian institutional investment assets are held by a group of two dozen mostly government-sponsored investors such as sovereign wealth funds, central banks, and public pension and social security funds. However, as shown in the graphic below, the share of total assets held by the region’s 20 biggest institutions declined by about 10 percentage points over the past year to approximately 65%. That decline is driven by a more meaningful degree of outsourced assets seen among a bigger group of Asian institutions, ranked roughly 21–50 in terms of assets under management. 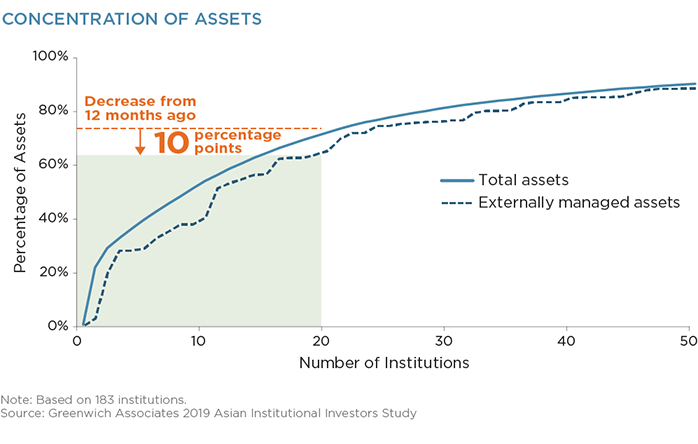 This shift is important to asset managers for two reasons. First, the spreading of assets among a broader group of institutions will help democratize the Asian institutional marketplace, meaning that the historic influence of the biggest and most powerful institutions will be eroded as institutions in the next tier grow their portfolios. The effects of this phenomenon are already visible among asset managers. Over the past 24 months, the top asset managers in Asia have been building out their regional capabilities in order to sell to and service a wider and more dispersed universe of clients. This has contributed to the growth of many managers, including Morgan Stanley Investment Management and PIMCO, the 2019 Greenwich Quality Leaders℠ in Asian Institutional Investment Management.

“In the past, asset managers who made major investments to scale up their businesses in Asia faced the real risk of simply being shut out by the small number of gatekeepers who controlled most institutional assets,” says Greenwich Associates Managing Director Markus Ohlig. “With a bigger and broader universe of mid-tier institutions with meaningful assets to invest, investment managers can build their businesses more confidently.”

The second major implication of the flattening of the marketplace is its potential to fuel the growth of outsourced assets. The pool of Asian institutional assets available to external asset managers grew from just 16% in 2012 to 23% in 2018. Over the past 12 months, that share has been relatively flat, due mainly to the fact that most outsourced assets are invested in risk assets—as opposed to fixed income, which the biggest Asian institutions generally manage internally. During the 12-month window covered in the most recent Greenwich Associates Asian Institutional Investors Study, Asian equities and other risk assets performed poorly. It was that poor performance and its effect on valuations—and not any shift in the outsourcing practices of Asian institutions—that caused the share of outsourced assets to level off last year.

Greenwich Associates expects the growth in outsourced assets to accelerate going forward, driven in part by the de-concentration of the marketplace. Simply put, the biggest institutions have the biggest internal investment infrastructure and are more inclined to manage assets in-house. Mid-tier institutions have fewer resources with which to build internal investment capabilities and, generally, less desire to take on the challenging task of managing large portfolios of equities and other risk assets. As a result, as assets flow to smaller institutions, they should also flow to external asset managers. 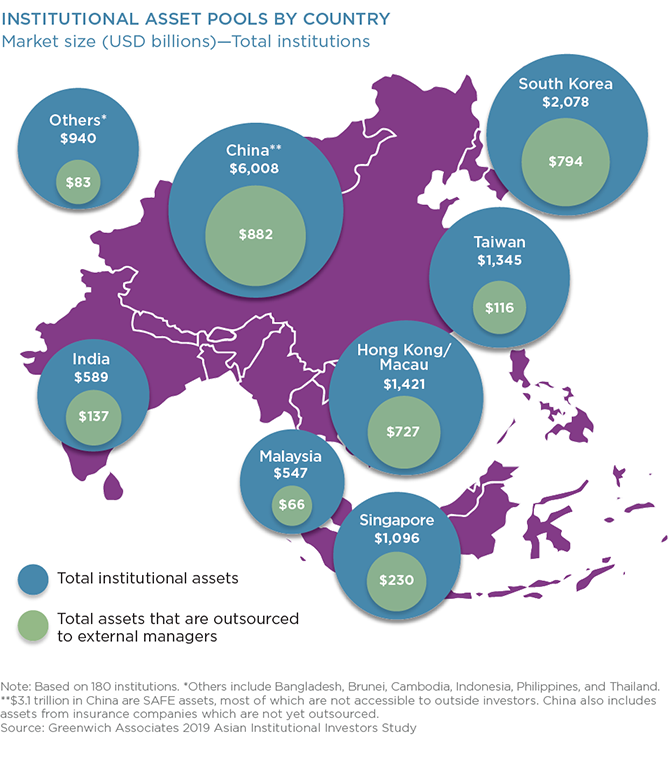 Portfolio allocations will also fuel growth in outsourced assets. Over the next three years, Asian institutions participating in the Greenwich Associates study are planning to significantly expand allocations to infrastructure, private debt and private equity, as well as to international/global equity and fixed income. All of these asset classes—especially the alternatives—are areas in which institutional investors are least likely to attempt internal management and most likely to hire external managers. Meanwhile, institutions plan to hold allocations stable or even reduce allocations to domestic fixed income and other asset classes in which they are most inclined to manage assets internally.

In keeping with these long-term plans, the share of Asian institutions planning to hire a new external manager in alternatives has climbed every year, from 13% in 2016 to 21% in 2019. The share of institutions reporting plans to hire a manager for equities jumped to 23% in 2019 from just 16% the prior year.

“Almost half of Asian institutions hired at least one external manager last year, and 57% plan to hire a manager in the next 12 months,” says Greenwich Associates consultant Parijat Banerjee. “Overall, it’s a favorable time for managers, and the decentralization of assets should help sustain that environment going forward.” 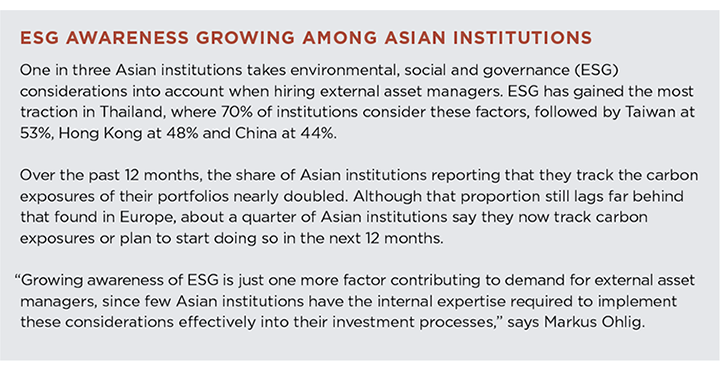 Between January and March 2019, Greenwich Associates conducted 152 interviews with the largest institutional investors in Asia. Senior fund professionals were asked to provide detailed information on their investment strategies, quantitative and qualitative evaluations of their investment managers, and qualitative assessments of those managers soliciting their business. Countries and regions where interviews were conducted include Bangladesh, Brunei, Cambodia, China, Hong Kong/Macau, Malaysia, the Philippines, Singapore, South Korea, Taiwan, and Thailand.