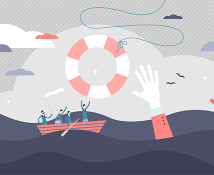 Liquidity in the swaps market and in other global markets came under extreme pressure in late February and early March 2020 as the true nature of the COVID-19 crisis began to unfold around the world. Credit fears on the back of widespread business shutdowns and work-from-home orders drove markets into a panic. The panic drove risk asset prices down and kicked off a massive flight to quality and demand for liquid assets and U.S. dollars in particular that resulted in strains in the cash and short-term funding markets, as investors sold out of assets, spreading the contagion to bond and otherwise risk-free assets. This combination of factors ultimately led dealers to widen spreads and reduce the size they were willing to trade. This was the first time since the 2008–2009 financial crisis that banks’ reduced ability and willingness to take risk due to strict capital buffers was on full display.

Ultimately, the U.S. Federal Reserve jumped into the market in a major way, by directing banks to reduce excess capital buffers and injecting trillions of dollars of liquidity where it was needed most. While not everyone agrees on the size and scale of the intervention, the market’s reaction proved the government action in aggregate had the desired effect. Markets quickly regained their footing and began the long road of processing the true impact of COVID-19 on the global economy and the work needed to understand how individual companies and assets would hold up over time.

In an effort to better comprehend the market’s reaction both before and after government intervention, Greenwich Associates worked with ISDA to speak with over 170 market participants from around the world. The results, examined in this Greenwich Report, help to explain the major factors contributing to the market illiquidity, how illiquidity impacted different parts of the swaps market in different parts of the world, the impact of government intervention and the potential for market structure changes going forward.

While the dust has yet to fully settle on the current crisis, it is important for all market participants and policymakers to understand exactly what happened in each major market in the hopes of being better prepared for future shocks.

Throughout May 2020, Greenwich Associates collected electronic responses from 172 market participants around the world. The questions focused on market liquidity before and after central bank intervention, the impact of that intervention and other issues related to the market’s functioning throughout the current crisis. 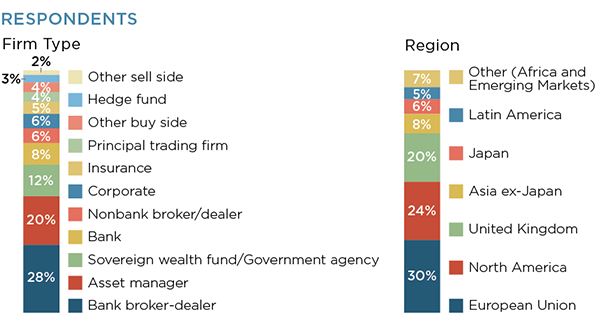