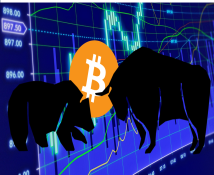 On Friday the SEC disapproved an application by the Winklevoss Bitcoin Trust to list an ETF that would track the price of bitcoin.

(For a primer on Bitcoin and an examination of its potential in the remittance market, please check out this excellent paper by Javelin Strategy and Research.)

Many reputable Wall Street firms had signed on to the application in some way, agreeing to do their part to make the ETF a success. The ETF was to have listed on the BATS Exchange (now part of CBOE Holdings); State Street would have been the administrator; and respected brokerage firms KCG, Virtu and ConvergEX had stepped forward to be Authorized Participants.

Approval by the SEC would have bestowed a stamp of legitimacy on the eight year old crypto-currency. Ordinary investors would have been able to gain exposure to the currency directly through their online brokerage accounts and institutional investors could also add bitcoin to their portfolio as represented by a registered security. Analysts had predicted an immediate demand on $300mm, but the long term demand would have been much greater – pushing the price up significantly higher than the ~$1250 it had been trading at just before the announcement. (Note

It was not to be however. The application had originally been filed four years ago and the SEC had postponed a decision many times before Friday’s final deadline. In truth, sanguine observers had expected a rejection, but had hoped that guidance provided by the SEC would help clear the way for two other Bitcoin ETF applications that are currently in the works. In the end however, the primary reason provided by the SEC was more damning than expected and seems sure to scuttle other ETF applications in the near future. For a Bitcoin ETF to be approved, they indicated, the “significant markets for bitcoin” would need to be regulated markets. Only a handful of exchanges are regulated and most trading occurs on unregulated exchanges in China and overseas. This dynamic is not likely to change for some time.

So is this the end for Bitcoin? Did investors dump their holdings? Surely the price crashed? No – none of this happened. There was much volatility immediately after the announcement and the price did indeed drop but it recovered quickly and is now (48 hours later) trading only slightly below the pre-rejection price.

So what is it about the virtual currency that justifies its $20bn valuation? Trying to apply standard financial valuations to the asset is not possible – it doesn’t have earnings, it doesn’t have sales. It has no intrinsic value. What bitcoin does have is this: it allows anyone to send money to anyone else, anywhere in the world, almost instantly. There is nothing else that can do that. And it can do that without the need for regulatory bodies or financial intermediaries to ensure trust and compliance.

So in the end, the SEC decision was never going to be a make or break moment for Bitcoin. It has done just fine (thrived even) without regulatory approval and the backing of the financial system. And it will probably continue to do just fine for the foreseeable future.

Please note: Bitcoin is volatile and risky. This is not a recommendation to buy or sell bitcoin.