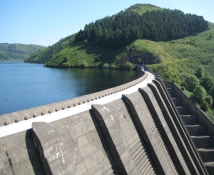 Is a crisis a crisis if everyone knows it's coming?

A crisis is a crisis because most people didn't see it coming. Unexpected events freaks people out causing a bad chain of events - a crisis. So despite evidence that a liquidity crisis is on the horizon in the bond market, wide spread recognition that this crisis is coming leaves me wondering whether that fact alone is enough to avert the "crisis".

We speak to a lot of market participants in the course of doing business: Investors, dealers, service providers, regulators and central bankers to name a few. These are often some of the smartest people in the room (which is a large part of why I love being an analyst - but I digress). They all see the makings of liquidity crisis right under their noses. Rates have been scary low for a long time. The cost of capital has forced banks to step back from their liquidity provider role. Institutional are all going in the same direction, and will reverse course in lock step when rates eventually rise. And while technology will help in matching buyers and sellers more efficiently than in the past, the lack of capital deployed to making markets is frightening.

My new favorite question to ask these folks is what are they doing with their own money.  I see this is as the ultimate sign into a finance professional's view on the market.  The most interesting conversation I had in this vein was with a senior manager at a top tier hedge fund who told me most of his personal wealth was in CDs given the state of things. Wow.  He really does think things will eventually hit the fan.  This is all not to mention that equity and fixed income markets all feel overvalued these days, so really there isn't anywhere for the average investor to go.

So with the smartest guys in the room convinced this crisis is coming, that also means these same folks are prepared for what is to come.  If they're prepared, shouldn't that dampen the crisis to such an extent that there is no crisis? Sure some folks might sustain losses as rates rise and volatility finally heads upward, but given this is capitalism and the writing on the wall, isn't that their own fault?

Then there's the regulatory side of this debate.  Fed policy is what it is; I'll leave that to real economists to debate. But when it comes to the capital rules that are putting the kibosh on bank capital commitment, I'm hopeful the most punitive rules will eventually be brought back down to earth.  My optimism comes from the market's experience with the Dodd-Frank implementation over the past five years.  Some crazy rules were debated early on - requiring all swaps to trade in an order book, RFQ to 5, among others - but most were eventually brought to a reasonable compromise.  For those rules that stuck, cries that the market would grind to a halt turned out to be unfounded.  Profitability might have been hit in places, but the earth does continue to spin on its axis.

This all leaves me wondering if the liquidity crisis will ever actually become a crisis.  Assuming the Fed continues to telegraph its every move, banking regulators  rework the punitive rules that keep banks for acting as the market's liquidity buffer, alternative liquidity providers will fill in some of the gaps, technology will provide additional grease to the market's gears and the major asset managers who manage most of our retirement money will ensure they're prepared when the market turns than the next crisis will not be one related to bond market liquidity.

P.S. You might be wondering where my retirement money is invested?  Diversified equities.  Just keep on buying and holding.