How High Can Low-Touch Go?

Institutions in Asia are executing a steadily increasing proportion of business on a low-touch basis (algorithms, DMA, crossing, portfolio trades) as opposed to traditional high-touch business executed through a broker sales trader.

The question is whether their expectation of further shifts will be realized? 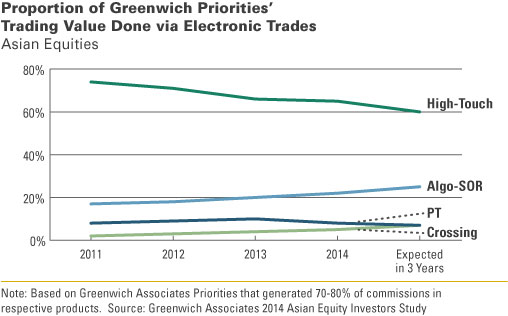 With low-touch rates typically half of high-touch bundled rates, institutions will certainly want to consider increased algorithmic trading an effective way to manage overall commission spend. However, factors such as liquidity, certainty of completion and market impact may ultimately trump rates in determining investors choice of high-touch versus low-touch avenues of execution.