Libor rates were manipulated.  Given the $9 billion in fines paid by many of the banks that contributed to its daily calculation, there is no need to dance around if it happened or how. I’d be so bold as to say it is not happening anymore.  But it was manipulated.

As a result, Libor will be officially dead come 2021 after what will ultimately have been an impressive 35 year run.  This is where SOFR – the Secured Overnight Financing Rate – comes into play.  Following financial benchmark principles set by IOSCO in 2013, SOFR will effectively replace US Libor going forward.  (Europe and the UK have their own new benchmarks in SONIA and EONIA (Sterling and Euro Overnight Index Average) , but more on that another day).  Whereas Libor was calculated based on banks submissions at the end of the day of unsecured overnight lending rates, SOFR will be calculated based on real transaction data – mostly provided by BNY Mellon and FICC – tracking secured overnight funding rates. This takes much of the human element (not all, given the transactional data utilized does need to be normalized and error checked) out of the process creating a truer rate.

The Scale of the Change 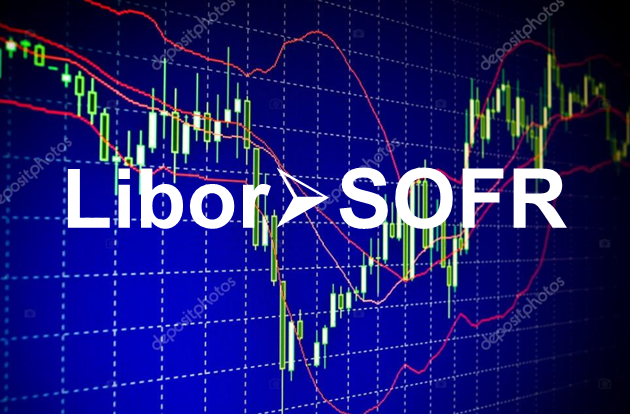 When an asset manager decides to change the benchmark index that it uses for a particular fund or family of funds, it’s a big deal.  Prospectuses often must be changed, technology updated, investors notified, portfolios adjusted and more.  That’s for a single fund at a single firm.

What we’re talking about here, is changing the benchmark used for financial products that some people estimate to have a face value of $350 trillion.  To put that into perspective, the open positions in question equate to nearly 60 BlackRock sized asset managers each with hundreds of impacted funds, and tens of thousands of impacted positions.

Some of those positions will ultimately roll off before 2021.  We’re talking about an interest rate based on overnight funding, so a good portion of the derivatives positions are short duration in nature, expiring before Libor goes away.  Those positions must be replaced with new contracts based on SOFR.  This is the “easy” path forward, but one that still requires new documentation being drawn up between counterparties – ISDA is playing a key role here – to ensure those contracts are ready to be traded and cleared.

Further, CME has launched SOFR futures, ICE will this fall, LCH recently cleared its first SOFR swap contract and CME has announced it isn’t far behind.  Ensuring market participants and their technology are set up to handle the new terms and workflows is non-trivial in many cases.  Not to mention the inevitable uphill battle to build liquidity in those new contracts, with the exchanges fighting for share and market participants often playing a game of chicken to see who goes where first.  Further, new SOFR based interest rate swaps – even those of benchmark tenors – are not mandated for SEF trading or central clearing.  The CFTC will have to take up that issue over time based on MAT (made available to trade) submissions (assuming those regulations do not change) and the actions of the clearinghouses.

But it doesn’t end there.  Next are the longer term contracts that need complete renegotiating.  While it seems likely that a broad industry solution will emerge to ease the pain, not dissimilar to the process created to move much of the swaps market into clearinghouses, this will amount to years of work by legal, operations and technology teams on both the buy and sell side.

This is more than an institutional problem.  Credit cards, mortgages and other consumer loans are often tied to Libor as well.  If a floating rate loan tracking Libor has a term beyond 2021 when Libor is no longer calculated, a change in terms would be required across the millions of loans in place.  And difference between the two rates is great enough that the change is non-trivial, requiring much more than a cut and paste of Libor for SOFR.

These issues are the obvious ones, and will cost the industry billions in time and money as 2021 approaches.  The technical issues with this change could prove even more complicated.  LIBOR and SOFR are not directly substitutable because they represent different levels of credit risk: LIBOR is unsecured, SOFR is secured by US Treasuries. This difference in credit risk necessarily implies a difference, in price. This might not seem like a big deal when we’re talking about loaning money in some cases for a matter of hours, but a fraction of a basis point on hundreds of trillions of dollars IS a big deal.  And I don’t need to bring up Lehman Brothers – do I?

As is always the case with big bang industry changes – and we’ve had a lot of them over the past decade – while the largest market participants are already planning for the change, the much longer tail of firms will inevitably wait until the change is so close they have no choice but to scramble and throw everything at it they have.  Especially in today’s market environment, most buy and sell side firms barely have enough people to handle today’s issues, let alone those issues that appear to be years off.