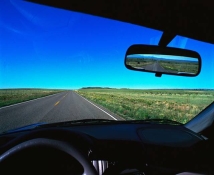 At the start of the year we published our top 10 market structure trends to watch. I declared 2013 to be the year of mandatory clearing. I think 2014 can rightly be declared the year of the SEF. Sure uptake wasn't as fast and furious as many had hoped, but electronic trading of interest rate swaps jumped in a way that only regulations could cause and the SEF competitive landscape has quickly evolved into a small few dominant liquidity centers.

But 2014 was more than SEFs. There was a whole other world out there of market structure happenings. High frequency trading came back into the spotlight so we could yet again debate what we debated in 2010. Corporate bond liquidity took up more news cycles (and research pages) than in recent memory. And benchmark rigging scandals just wouldn't go away.

But in an effort to make this year in review short and sweet, I've listed below the market structure trends we said to watch over the past year and exactly how they did or did not transpire. So without further ado:

And there you have it.  Time for the company holiday party.  Curious about 2015?  Us too.  But we'll save that until January.  Happy New Year.