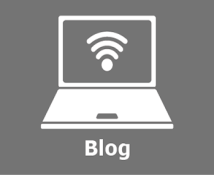 Forgive me if I’m stating the obvious for some of you, but I’ve had this conversation more than once and felt some clarity was in order here. As we work through the made available to trade (MAT) process, it’s important to reemphasize what actually will be required on mandatory SEF trading day 1.

It all comes back to an oldie but goodie: “by any means of interstate commerce.” For some reason that legislative passage always makes me think of an 18-wheeler driving down I-95 over the New York/Connecticut line – but I digress.

MATing (is that a new verb?) swaps in round 1 does not mean that suddenly the market must learn how to trade their off-the-run IRS on a central limit order book (CLOB). While CLOB trading will result for a small few contracts out of the gate, the vast majority of MATed swaps trading will occur via RFQ (to 2), on SEF via phone, or off SEF via phone (for block trades). Leaving aside for a moment the operational complexities that come along with implementing a change of this magnitude, and given the various means of interstate commerce permitted, the burden placed on the market by mandatory SEF trading isn’t all that bad.

RFQ to two isn’t all that different from the phone call price discovery process that go on today. Given fiduciary requirements placed on buy side traders, reaching out to two or more dealers for a price isn’t just good practice its required. So instead of placing two phone calls to your favorite dealer friends you can send them each an RFQ (think texting instead of calling). And given all of the available RFQ permutations offered by the SEFs (disclosed, non-disclosed, partially disclosed, etc.) this change isn’t really a big deal.

Then there’s the phone. Voice trades are completely allowed as long as they follow the same rules as their electronic cousins (two quotes, etc.). There is a but here though – the inter-dealer brokers are the only SEFs with real phone-based SEF trading capacity, and for the most part buy siders (that aren’t self-clearing, which none are) can’t access their platforms. That takes phone SEF trading off the table for clients. That said, it does seem likely that this will change for at least some IDBs before the first day of mandatory trading.

(After I put this post online I learned that Javelin does in fact have brokers to facilitate voice trading for clients – a service that apparently has been put to some use already).

Last but not least we have block trades. There isn’t much new to explain here, but the biggest trades that would be the hardest to do on the screen can still be traded off SEF and reported with a delay. So if you have a yard to do – you’re good.

What’s the point? Firstly, currently reported SEF volumes don’t give a feel for e-trading volume without some close analysis. But more importantly, MATing 12 ½ year interest rate swaps (and the like) for SEF trading isn’t as scary as it seems. I feel confident in saying that RFQing the aforementioned IRS would result in quick responses with reasonably tight spreads. That sounds like liquidity to me.

But – as I’ve stated in previous posts, I’m not the guy who needs to ensure trading and compliance systems are ready to trade the entire curve on day 1. The more and more conversations we have with market participants the more a phased in approach seems the best way to go. Liquid points first (see trueEX and Tradeweb MAT applications), then the rest of the curve shortly thereafter (see Javelin MAT). This isn’t about who’s right or wrong, but how to bring this change to the market with as little disruption to trading as possible.