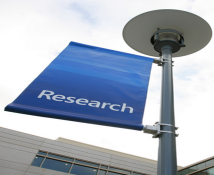 The European Commission, ESMA and the FCA appear to be including fixed income in new payment for research requirements in MiFID II and EMiR by not explicitly excluding fixed income research. The question is whether a service can be viewed as an inducement or non-monetary benefit when not ascribed a tangible value by a majority of investors? Even if one could ascribe part of fixed income spreads to research, the relative value is seen by investors to be so small that it could never survive a cost benefit analysis under the same regulatory regime as highly valued equity research.

Case in point: in Greenwich Associates’ most recent research on fixed income investing in Europe, nearly two-thirds of investors stated that they do not reward for research at all. Even in the more “story driven” high-yield market, over half of investors do not reward research.

Of the roughly one-third of fixed income investors that do reward research provision, the reward typically takes the form of nothing more than a chance to compete for business i.e. the dealer may get the first call on a trade, be included in an RFQ, or research acts as a tie-breaker when other factors are considered equal. Virtually no accounts acknowledge executing trades on a non-competitive basis with the dealer that provided the research.

In terms of investors’ buying practices, it should be noted that the majority of institutions have no equivalent in fixed income to the highly evolved, “broker vote” practices used to guide compensation for equity research. Many do undertake a review process, but with an emphasis on service i.e. pricing, liquidity, and idea generation rather than research. Combined with the lack of a mechanism in fixed income equivalent to the equity practice of “tacking-on” to execution-only rates an incremental commission payment as compensation for research, the focus in fixed income remains squarely on best execution.

The obvious question for fixed income dealers, given the lack of tangible compensation they earn for research, is why produce it at all? Research is an important part of the intellectual capital dealers use to support their primary origination efforts and secondary market business. Dealers’ primary consumers are not investors, but their own sales professionals and traders who leverage research in providing trading ideas and market color. In a business as intensely competitive as fixed income, the ability to attract order flow is critical. Nevertheless, there is little evidence that the provision of fixed income research creates a conflict of interest or an inducement for investment managers to act in anything other than their clients’ best interests. As such, including them in the unbundling web of MiFID II is unproductive and ill advised.