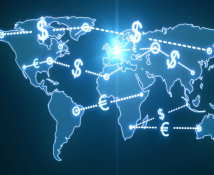 Blockchain Gets Real: And a Healthy Dose of Reality

The biggest FinTech story of last week was the announcement that not only had Digital Asset Holdings (DAH)  raised $52mm in funding, but had also secured a strategic contract to develop distributed ledger (blockchain) settlement solutions for ASX Ltd, Australia’s main exchange operator. This follows recent announcements by R3CEV, a consortium, that it had successfully completed a blockchain test with 11 banks, and Nasdaq’s announcement that they had enabled a private securities issuance on blockchain technology. Finally, after all the hype of 2015, where it seemed that there was no problem for which a distributed ledger was not the solution, 2016 is becoming the year that blockchain gets real as major Wall Street players work to solve real financial problems.

One of the most interesting parts of the DAH story, however, was the involvement of the DTCC as an investor and new board member. On Monday the DTCC followed up with the publication of a white paper (1) in which they outline their strong support for distributed ledger technology, and at the same time identify a number of key challenges that the industry will need to overcome before it can fulfil its promise. By stepping up to the plate in this way, the DTCC has injected a healthy dose of reality into the blockchain discussion.

As the white paper points out, there are many big problems that will need to be addressed before blockchain can have a meaningful impact on financial markets.

While the DTCC raises great issues around implementing blockchain into the post-trade processes (their area of expertise), the ASX CEO clearly has loftier goals when he stated “A retail investor in Australia should be able to sell their shares, go to the nearest ATM and get their cash out.” This implies that execution and settlement are one and the same – after all this is how the original bitcoin blockchain works (well sort of… more on that below).

This raises another host of issues including but not limited to:

So while the news that a major global stock exchange intends to implement blockchain technology to streamline settlement is an exciting event, there is clearly a lot more work to do and a lot more questions to be answered. The experiment with the ASX is an important step forward, and we may well find that a post-trade application of the blockchain is too narrow. To completely reap the benefits of this disruptive technology, we will have to disrupt completely.