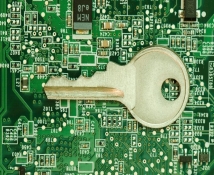 Distributed Ledger Technology: What We Can Learn from Recent Blockchain Attacks

Blockchain technology, now often referred to as Distributed Ledger Technology (DLT), is taking financial services by storm. Recent work by Greenwich Associates shows that financial services companies are investing heavily in bringing the technology to market and are optimistic that it will have a meaningful impact within two years.

However, there remain significant obstacles that need to be overcome to make that a reality: most notably, security. In a new report released today, Securing the Blockchain, we discuss some of the key topics around blockchain security including consensus, transaction confidentiality and securing private keys. Many of these topics are now front and center in light of recent events.

The security around private keys is a particularly relevant topic now given the recent hacking of the Bitfinex exchange in which bitcoins worth about $70 million were stolen. Although the exact details of the attack are not yet available, it is clear that the hackers were somehow able to access the private keys that secured customers’ accounts and steal the bitcoin.

Private keys can be thought of as secret codes or passwords that prove ownership of digital assets. Technology companies developing permissioned blockchains for financial services will need to completely rethink the multi-sig/cold storage approach currently employed by digital currency exchanges. Although these solutions can be highly secure, this security comes at the cost of lower efficiency and higher administrative overhead. Indeed, it was shortcuts taken by the Bitfinex exchange that led to the theft and not the technology itself.

The other issue that arises is what can be done after an attack takes place. As these are digital assets that were stolen, they exist only in computer code. It is therefore possible to ‘roll-back’ the blockchain to a previous version of the code that existed before the hack.

From the blockchain’s point of view, it’s as if the hack never took place. While this isn’t being considered with respect to the Bitfinex hack, it is exactly what happened with the Ethereum blockchain when an attacker tried to steal about $50mm of the digital currency, Ether. This was, and still is, a hugely controversial move that required the cooperation of most of the participating nodes on the network. Until now, one of the fundamental attributes of blockchains was their immutability – i.e., that they represented a record of every transaction that could not be tampered with or undone.

Throughout financial services today there is functionality to undo transactions: stock exchanges reserve the right to cancel clearly erroneous trades, credit card companies can reverse fraudulent transactions, and all trade processing software has the ability to cancel and correct mistakes.

As the industry develops DLT solutions for financial services, it will need to address the issue of immutability – is this in fact a bug and not a feature? Or should the industry build functionality to record or impose counteracting transactions that have the same effect as reversal but preserve the benefit of a complete historical transaction record?

The attempt to steal $50 million of Ether, exposed security vulnerability around smart contracts – a computer program that can execute the terms of a contract and transfer value between parties. In this case an investment fund (called the DAO) was built on top of the Ethereum blockchain using smart contracts.

However, poor design of the smart contract code enabled the hacker to gain access to the funds. Smart contracts are seen as an important part of DLT solutions, with applications in collateral management, OTC derivatives and other use cases. If a smart contract has the ability, for example, to trigger payment flows between banks and other entities, the potential impact could be much larger than $50 million.

Aside from the potential for the smart contract to be hacked, there is also the possibility that a bug in the code could cause it to malfunction and trigger significant erroneous payment flows - we have seen similar such events happen in financial markets before at great cost.

For these reasons it is important that the industry work together to develop best practices, safeguards and controls to prevent these types of events from occurring. In this regard, the recent formation of the Smart Contracts Alliance by the Chamber of Digital Commerce is a strong step in the right direction.

The implementation of distributed ledgers in financial services has significant potential to reduce settlement times, eliminate frictions, decrease costs, and streamline workflows. While striving to attain these benefits, the industry must also focus on security. Digital assets and DLT represent an entirely new way of transacting - as such we will need a new approach to securing the blockchain.