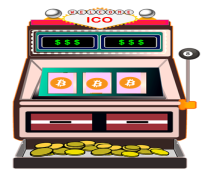 Last week the SEC announced the results of an investigative report which concluded that tokens issued last year on the Ethereum blockchain by an organization called the DAO[1] were, in fact, securities and should have been registered as such. For many in FinTech this was a welcomed announcement, as the need for more regulatory oversight has become clear for a technology that has helped startups raise more than $1.2 billion so far in 2017—often on the back of little more than a white paper describing the project.

This announcement by the SEC should be considered a warning to those startups looking to circumvent securities registration requirements and, by filtering out many of the unworthy projects from the initial coin offering (ICO) market, help this new form of crowdsourcing establish legitimacy.

The Technology Powering the ICO Boom
There are almost 200 tokens currently listed in secondary markets, and about half of them are built on top of the Ethereum blockchain. As noted in an earlier post, Ethereum, with its built-in smart contract language makes it relatively easy for technology teams to create decentralized, token-nased applications. This is known as the ERC20 token standard.

However, the SEC announcement also pointed out that not all ICOs are securities offerings and that their determination would depend on the facts and circumstances of each transaction. Whether or not a particular token meets this definition will depend on something called the Howey test, which relates to a Supreme Court case from 1946. The Howey test sets out three requirements to determine whether an asset is a security:

Clearly these ICOs meet the first two requirements, but many companies issuing tokens see an exemption in the third criteria. If the tokens being issued perform a function, then it can be argued that investors are buying their token not out of an expectation of profit, but instead so that they can utilize the application that is being built. For example, ownership in a co-op apartment in New York City is structured as shares in a corporation. But these shares are not considered securities, as they have a usage value – the right to live in the apartment. Therefore, tokens which confer usage rights to their owners may not be considered securities.

In many cases, like the DAO, the tokens offered in these ICOs are, for all intents and purposes, equity fundraising that should be registered with the appropriate regulators. For example, one current ICO proposes to build the world’s largest aquarium and will distribute 20% of profits to token holders. However, many companies launching ICOs do propose genuinely innovative products powered by a native token. Here are two interesting models:

The current business models of the internet are centralized around a handful of internet giants. Companies like Facebook and Google collect our private information and browsing history and then use that information to sell advertising. Leveraging blockchain-based tokens, a few companies are trying to turn this paradigm around by allowing users to own their internet identity (secured by a blockchain) and decide if and when to monetize it.

So instead of an internet giant displaying sponsored results and promotions and collecting ad revenue, the individual user can decide if they want to interact with sponsored content and directly receive compensation in the form of the blockchain token. Similarly, social media bloggers and vloggers can post content and receive compensation directly from users and advertisers instead of going through a middleman—potentially receiving higher income. (Examples: Civic, Kik, Brave)

A couple of companies are building blockchain networks to facilitate decentralized file storage. This model allows any individual with unused disk space to contribute it to the network. All data is secured cryptographically via the blockchain, and buyers and sellers of storage transact using the native token. Think of it like Airbnb for file storage, except instead of Airbnb acting as a middleman, there is a decentralized blockchain protocol administering the network. (Examples: Storj, Filecoin)

So far, the SEC announcement does not seem to have dampened enthusiasm for these tokens. The secondary market is flat and even slightly up in some cases since the announcement, and there is little anecdotal evidence of companies pulling or modifying their planned ICO. However, what we are likely to see—and is already beginning to happen in some cases—is firms making their ICOs available to accredited investors only. By going down this route, firms are not required to register with the SEC and, therefore, have no need to argue that that their tokens fail the Howey test.

ICOs are highly speculative and the kind of nine-figure valuations that some tokens are getting based on nothing more than a business plan is a clear indication that we are in a bubble. The bubble will eventually burst, and when it does, it is better that the losses accrue to wealthy accredited investors than to the average person on the street.

[1]For more information on the DAO and the events that led to its collapse, please see https://www.greenwich.com/fixed-income-fx-cmds/securing-blockchain