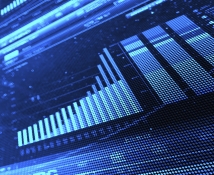 The Abyss Looks Into You

Human Nature Through the Lens of TCA

If Wall Street has a patron philosopher, it may well be Friedrich Nietzsche. After all, he has a book called “The Will to Power” and his famous aphorism “that which does not kill you makes you stronger” has been the guiding philosophy of risk managers, analyst training classes, associate all-nighters, and, to some, regulatory policy. Nietzsche is even given a cameo, of sorts, in the movie “Wall Street.”

Near the end of the film, just after Bud Fox has defeated Gordon Gekko, and just before his comeuppance in turn at the hands of the SEC, Lou Mannheim, the old timer, takes him aside and says, “Man looks into the abyss, and there’s nothing staring back at him. At that moment, man finds his character, and that is what keeps him out of the abyss.” It’s an odd moment, Bud Fox himself is bewildered by it. He nods his head, says he thinks he understands, walks into his office, and is promptly arrested.

It turns out, Mannheim is misquoting something Nietzsche said in “Beyond Good and Evil,” a work of Wall Street philosophy if ever there was one. The actual quote is “if you look long into an abyss, the abyss looks into you.” Oliver Stone, who wrote and directed Wall Street, certainly knew the actual quote and it’s likely the misquote is intentional. Intentional or not, Mannheim’s error and Nietzsche’s actual quote, when taken together, contain an important insight into the way that trading is being conducted today.

On the one hand, Nietzsche is correct: something Wall Streeters have long been looking into is now looking back into them. On the other, Mannheim is correct: what they are discovering is their character. What they are looking at, that can finally look into them, is nothing so terrifying as an abyss: it’s their transaction cost analysis reports. 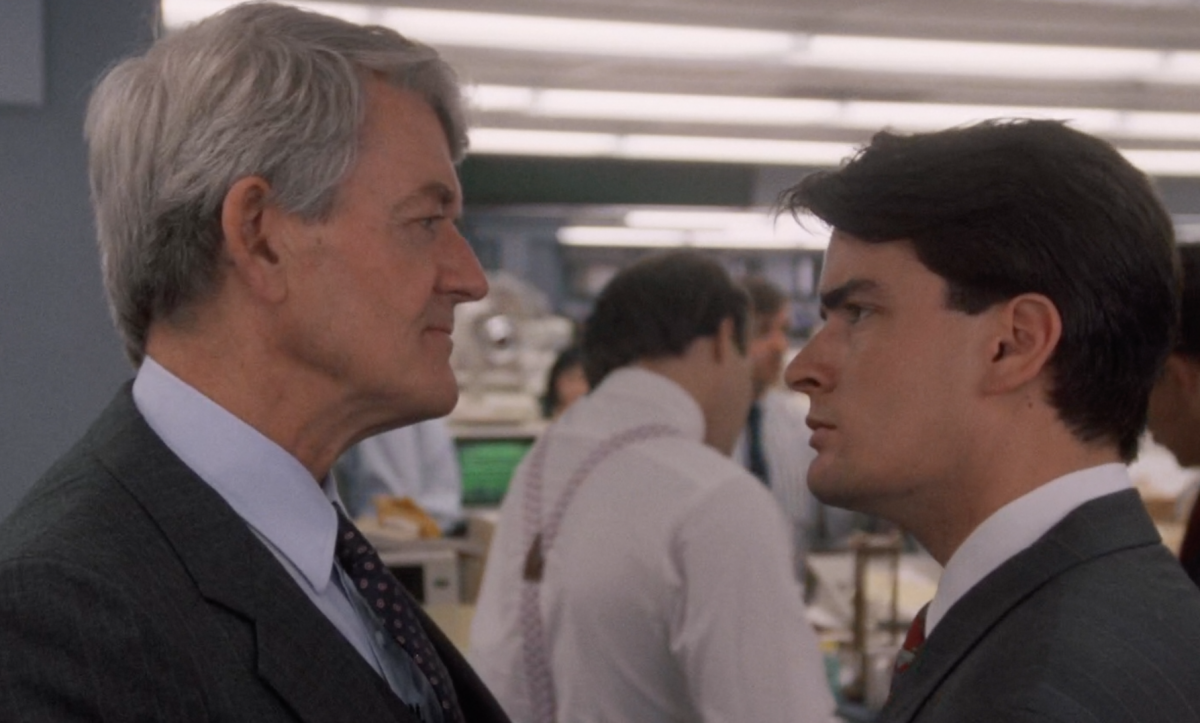 The History of TCA

This is because the profusion of accessible data, and the advance of computing power and machine learning, have transformed TCA from a check the box exercise meant to satisfy the regulators to something else. TCA has reached a level where it can see beyond the basic elements of transaction costs and into the decision-making process. It can now see where human nature itself is its own worst enemy and still worse, the enemy of alpha.

The origins of this revolution are distant and humble. They lie in the Investment Advisors Act of 1940, which established a fiduciary duty for Registered Representatives. “Best execution” did not even exist as a concept prior to that. Even so, the definition of “best ex” has been left purposely vague. Both the regulatory authorities and FINRA say explicitly that “best ex” is not “best price.” They focus on process more than result: they require firms to show that care was taken rather than that a specific outcome was achieved.

Still, Wall Street minds are very much focused on outcomes. The first data driven, quantitative tool for TCA was developed shortly after “Wall Street” premiered. In 1988, a paper by Berkowitz, Logue and Noser defined a new benchmark, the “volume weighted average price” or VWAP. VWAP is the average price of a security over the course of a day weighted by the volume traded at each price. It’s the price you would achieve if your order was a fixed percentage of the traded volume over the course of a day.

The creation of VWAP fundamentally altered the way the markets approached TCA and best-ex in several ways. First, it established the utility of benchmarking executions to some objective, quantifiable standard. This remains the most popular single use of TCA to this day. Second, it established a multi-dimensional perspective on best-ex, taking other factors into consideration besides price, such as time and volume. Finally, it established the capacity of large amounts of data and real time analytics to make concrete commercial use of something that had heretofore been a soft regulatory burden of care.

"What You Can Measure, You Can Manage"

The utility of TCA was sharpened further when Wayne Wagner and Mark Edwards extended the maxim, “what you can measure, you can manage,” to best execution in a 1993 paper. Wagner had defined “best-ex” as “the process of maximizing the investment idea.” This extended the definition beyond price and extended it into the entire investment process. Robert Kissell in his 2013 book, defined three categories of transaction costs across this spectrum: investment costs, trading costs, and opportunity costs. Trading costs are the explicit and implicit costs of execution: fees, spreads, market impact and the like. Investment and opportunity costs are costs of the road not taken, the costs of not transacting, either the delay inherent in the investment process or the cost of not executing the investment in full or at all.

In parallel with the expansion of the concept of best ex to include the whole of the investment decision-making process, came a better understanding of decision making itself. Starting in the 1970s, psychologists have invaded the realm of economics and have offered insightful critiques of theories that had relied too heavily on assumptions of perfect rationality on the part of economic actors. These critiques have been highly effective, winning Nobel prizes and capturing the popular imagination with books like “Thinking Fast and Slow.”

One of the most effective critiques, and the one most useful for understanding the investment process, was “Prospect Theory: An Analysis of Decision Under Risk” by Daniel Kahneman and Amos Tversky. Prospect Theory is an alternative to “Expected Utility Theory.” Under Expected Utility, when decision makers are weighing outcomes, their preferences are weighted by their probabilities. That is, a rational actor would see reality for what it is and act accordingly. What Kahneman and Tversky found, however, was that when actual human beings, not hypothetical rational actors are involved, this is not the case. They found that people’s preferences over-weighted certainty, and underweighted outcomes that were merely probable.

This meant that people were systemically risk averse when there were certain gains, but risk seeking, when faced with the certainty of a loss. What’s more, they found that people have inconsistent preferences when the same set of probability-weighted decisions were presented in different forms. That is, presented the same set out outcomes, and the same probability weighting, the language used to describe the distribution, would cause people to choose differently among identical options.

They investigated this further in a 1981 paper called “The Framing of Decisions and the Psychology of Choice.” In this paper, they combined the idea that people are risk seeking in the face of certain losses and risk averting in the face of certain gains and the inconsistency of decision making depending on framing. What they found, in experiments on real people, often with real money, was that risk behavior they observed in the case of certain outcomes could be extended into probabilistic outcomes as well. Most importantly, they found these decisions were significantly impacted by framing: people are risk averse when they perceive things to be going well, a “gain frame” and risk seeking when they seem to be going badly, a “loss frame.”

Today, the accessibility of data, and the computing power that can be applied to it have enabled firms to synthesize the advances in transaction cost analysis and behavioral economics. Firms now have a much fuller understanding of how transaction costs are created: not merely through fees, spreads and market impact, but in the ways that the cognitive biases affect the ways in which the orders themselves are placed.

Take for example this paper by Trade Informatics. Tversky and Kahneman make a novel suggestion in their paper on framing. They suggest that people limit their freedom of action, along the lines of Odysseus’ tying himself to the mast in order to resist the call of the sirens. Trade Informatics writes about the effects of constraints on trade execution, through the use of limit orders. They find that limiting firms to limit orders has the same effect as what Tversky and Kahneman find: it promotes risk aversion in gain frames and enhances the effects of risk seeking behavior in loss frames. That is, as prices are going your way, “a gain frame,” you’re more likely to get filled. As the market is moving away from you, a “loss frame,” you’re more likely to seek risk by not adjusting your limit, resulting in worse execution. In other words, you’re doing the opposite of the trading maxim “cut your losses short, and let your winners run” suggests. What’s more, you’re doing it not because you’re irrational, but because you’re human.

What is true for the use of limit orders is true for all aspects of the investment process because what is at issue is not the incentive structure, but human nature itself. What’s more these effects are cumulative and can be monitored throughout the transaction process. The fund mandate places constraints, which limit the decision set, on the PM. The PM, by choosing a security limits the decision set of the trader, the traders decision set is constrained in his choice of brokers, the broker by his choice of algos, the algos which, though machines, are really the encoded human preferences of their authors, have decision sets constrained by their choice of venues. It’s now possible, to examine in minute detail the decisions made at each level of the decision chain, to watch for the effects of human nature, and to adjust for them. So, in the end, Nietzsche and Mannheim are both partially right. It might be better to say, “Man looks at his transaction data, and the transaction data looks back at man finds his character, and that is how you save your alpha from the abyss.”