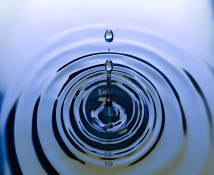 Examining the SEC’s Plan to Improve Liquidity by Suspending UTP

On October 17, 2019, the SEC published its Statement on Market Structure Innovation for Thinly Traded Securities (the “Statement”). The SEC’s Statement recognizes that markets in liquid securities function well, but believes that the “one-size-fits-all”1 equity market structure may be suboptimal for thinly traded securities. A major concern of this dynamic is that new and emerging companies may find the inhospitable trading environment a roadblock to going public. Moreover, volume begets volume, and without some change in dynamics, these securities may never reach critical mass. To be fair, they may not reach it even with changes to the market, but without making some attempt, we will never know.

In an effort to address these concerns, the SEC requested proposals from the market for the possible suspension of Unlisted Trading Privileges (“UTP”) for these stocks. In response, the commenters on the Statement fall into three main camps:

Some of those commenters proposed changes aimed at improving trading in these thinly traded securities. CBOE’s comment letter, for instance, suggests incentivized pricing, on-demand auctions, as well as possibly allowing exceptions to the firm quote rule, allowing block trading exemptions, and even allowing exchanges to offer conditional orders. MIAX reproposed a former BATS rule that would allow exchange groups to only trade thinly traded securities on one of their exchanges (forcing some amount of concentration, given the number of exchanges owned and operated by the largest exchange groups today). They also vigorously opposed an outright suspension of UTP, in particular if dark pools and internalizers are allowed to continue trading these securities.

As of February 5, 2020, Nasdaq has filed with the SEC a proposal in response to the SEC’s request.5 In this proposal, Nasdaq has suggested6:

It is interesting that Nasdaq is also looking at this as a test bed for a series of other possible market changes. Such changes may include exemptive relief from the OPR, batch auctions (including on demand closing auctions7), a request for quote system, intelligent ticks8 and others. Nasdaq’s view is that suspension of UTP itself will not be sufficient to make a marked improvement in the thinly trade security market. In fact, Nasdaq notes that it will not implement UTP suspension in isolation without (1) a critical mass of issuers opting-in and (2) sufficient relief along the lines proposed.

By allowing issuers choice, the Nasdaq proposal certainly increases complexity. But with appropriate time to market notice, this should not be an overwhelming burden on the industry. We also like that Nasdaq lists the relevant metrics for success - e.g. narrowing spreads, increasing depth of liquidity, increasing limit order submission, increasing trading activity, and increasing number of SMEs that go public (although that last metric is remarkable tricky to deterministically attribute to any single regulatory action). This should in theory allow market participants and regulators to determine whether or not the changes have achieved the desired effect.

We believe that an exploration of suspension of UTP is certainly an appealing concept. If the proposal also prohibited OTC transactions, we would be much more skeptical, and much more concerned about the proper alignment of incentives. That said, Nasdaq stated it was not seeking such a restriction in “this Application”, but also asked the SEC to request comment on the limitation or prohibition of OTC trading of thinly traded securities (with possible exceptions for block trading or significant price improvement opportunities). As usual, the devil is in the details – which makes this public discussion all the more important and relevant.

Shane Swanson is an equities and financial technology expert in the Firm's Market Structure and Technology practice and has over 20 years of industry experience. Prior to joining Greenwich Associates, Shane was the Chief Compliance Officer (CCO)... view more